Skip to content
Henry Ford made over  15 million Model Tcars.

For decades, the Model T was the longest production run of any automobile model in history until the Volkswagen Beetle surpassed it in 1972.

How was that possible?

Ford didn't invent the car, he created the production line, the most powerful wealth creation process to date. This assembly line model changed our economy and our world.

Can you imagine the nightmare he had finding qualified engineers?

Competition started to get tough, GE and other car manufacturers were also growing quickly. Workers would switch jobs to work for the rival companies.

History shows that Mr. Ford increased wages dramatically from $2.25 per day to $5 per day. The day after the five dollar increase was announced, 10,000 people lined up at Highland Park to apply for jobs. 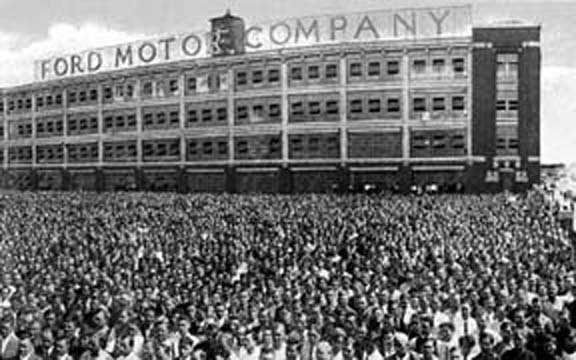 They had to internally prepare people to qualify them for their job, which was a very expensive process, and once people got trained they could be worth more for the competitors.

These Industrial Age geniuses made agreements with universities to train and “pre-qualify” their people. The geniuses created the curriculum needed to qualify THEIR needs, not the people's needs.

Schools are a factory of people in the process of being qualified to become workers. A college degree is a certificate that an individual is qualified to work in any area of interest.

In brief, MOST schools indoctrinate people to qualify them to work for the businesses and industries that entrepreneurs make.

Now, to answer your question, why do many dropouts from school excel in some fields?

Successful dropouts are NOT indoctrinated.

What makes the fundamental difference? FREEDOM!

We’ve been trained to think of education as a college degree.

Yes, many careers do require a degree or license to work, but there’s power in FREEDOM from indoctrination. It’s a HUGE competitive advantage!

Indoctrination is oppressive, it kills creativity and innovation. It has been a very effective method to conform millions of people into the status-quo, yet it’s now limiting growth and success in the Digital Age.

Dropouts are self taught. Life and experiences teach them valuable lessons, and the result is education with freedom of mind!

Self-educated dropouts teach themselves howto think, not what to think.

Dropouts learn how to solve problems, not just follow instructions solving the problem. They learn how to create things, and most importantly, how to think different!

Quote of the Day